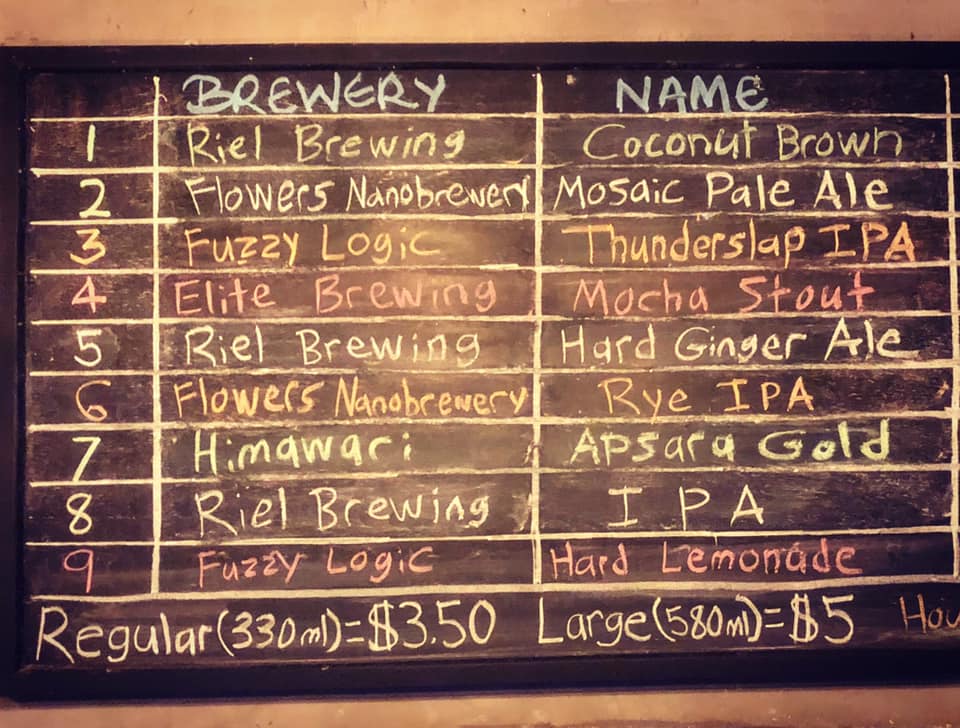 It seems like we have been lucky with regards to COVID-19 in Cambodia and most of the stuff is up and running again. We operate as normally now again, every day from 5 pm until midnight, after a brief sting of being closed and a while with limited opening hours. Not only are we back open, but we also increased our taps from 8 to 9.

So what has happened with Cambodian Craft Beer?

It doesn’t seem like the Cambodian Craft Beer scene is slowing down at all. We sold a few kegs of the collaboration beer from Riel Brewing and Fuzzy Logic. It was a NEIIPA with an ABV of 8% and it was friggin’ delicious.

Fuzzy Logic has also finally opened their new brewery in Siem Reap. Their previous brewery was located in Ho Chi Minh City but with the opening of the new brewery Siem Reap’s craft beer scene will surely see a nice boom. This brewery will also be able to

Elite Craft Beer is also back with some new beers and so far we’ve had their Mango IPA and their Mocha Stout. The guy behind this small little brewery had a short break but recently we’ve seen him dishing out beer after beer. He has a few other beer styles as well but the Mango IPA is the one to keep an eye open for.

For Farmhouse Ales we can also not forget Two Rivers Ale. They’ve been experimenting with a bunch of different beers and have had some interesting sours on the menu, including a Mango Sour and a Watermelon/Dragonfruit Sour.

Our 9 taps will feature rotational beers from all these brewers but also Cerevisia, Flowers Nanobrewery, and many more great Cambodian Craft Beers. Hopefully no more lockdown and other not-so-funny stuff for the rest of the year so the scene can flourish like it should.

For more information about craft beer in Phnom Penh check out our blog.