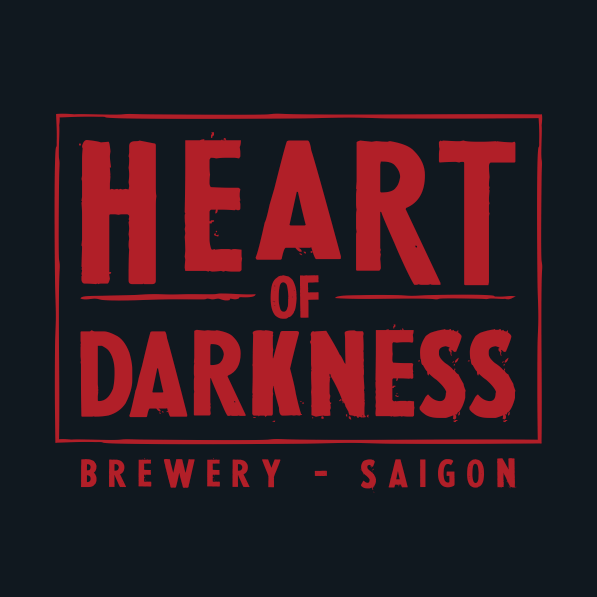 Heart of Darkness Brewery is currently one of the most popular beers in our beer fridge. Not only do our customers love it, we do too. It’s actually not a Cambodian brewery but they’re from Ho Chi Minh City, Vietnam. The brewery was founded at the end of 2016 so they have a very young history. The founder John Pemberton has however been brewing for decades in both USA and Taiwan. In his words, commercial beers are not good enough to get fat for so he prefers drinking craft beers like the rest of us. Heart of Darkness gained popularity very fast in the Vietnamese craft beer scene and recently you have also been able to find them in Cambodia, especially in Phnom Penh and Kampot. Let’s have a look at some of their most popular beers.

This is probably the most popular beer from Heart of Darkness. Loose Rivet’s popularity has followed suit as the NEIPA style has become more popular. Pale and Hazy as the style should be, with tangerine, stone fruit and pineapple aroma. Rich, creamy and a proper tropical fruit bomb.
ABV: 7.5%
IBU: 59

Kurtz’s Insane IPA is the flagship IPA of Heart of Darkness and also their biggest beer. Boasting an IBU of 102 and an ABV of 7.1% there’s definitely no lack of a punch in this beer. A very piney beer with hints of grapefruit. It’s a beer for all hop lovers!
ABV: 7.1%
IBU: 102

As odd as it might sound this is a cucumber pilsner. It’s a pilsner brewed with cucumber and it’s actually a lot better than what it sounds. It’s crisp, it’s fresh, and it has a nice soft cucumber flavour to round off the taste. A beer that we didn’t think we’ll like but that impressed us and most of our friends at the bar.
ABV: 4.8%
IBU: 33

Dream Alone is the last one on this list. Otherwise, the list would never end as the number of good beers from Heart of Darkness is almost infinite. Dream Alone is a single hop Pale Ale brewed with Mosaic. Flavour of tropical fruit and pine cone.
ABV: 5,7%
IBU: 37

An important part of getting international craft beer into Cambodia

Heart of Darkness was one of the first international craft beers that found its way into Cambodia. We did have some American Craft Beers at some point but at the moment itäs almost impossible to get them. Whereas it’s not the brewery itself that is distributing the beer in the country there are people who realized Heart of Darkness could be one of the frontrunners of craft beer imported to Cambodia. At Embargo we still haven’t had Heart of Darkness on draught but that will eventually happen. We hope they can pave the way for a whole plethora of international craft beers and also get the local market exposed to more craft beer. Whereas we are happy that the Cambodian Craft Beer scene is alive and healthy it’s always good to be exposed to different flavours to see what’s going on in other countries.

If you want to read about craft beer in Phnom Penh check out our blog.