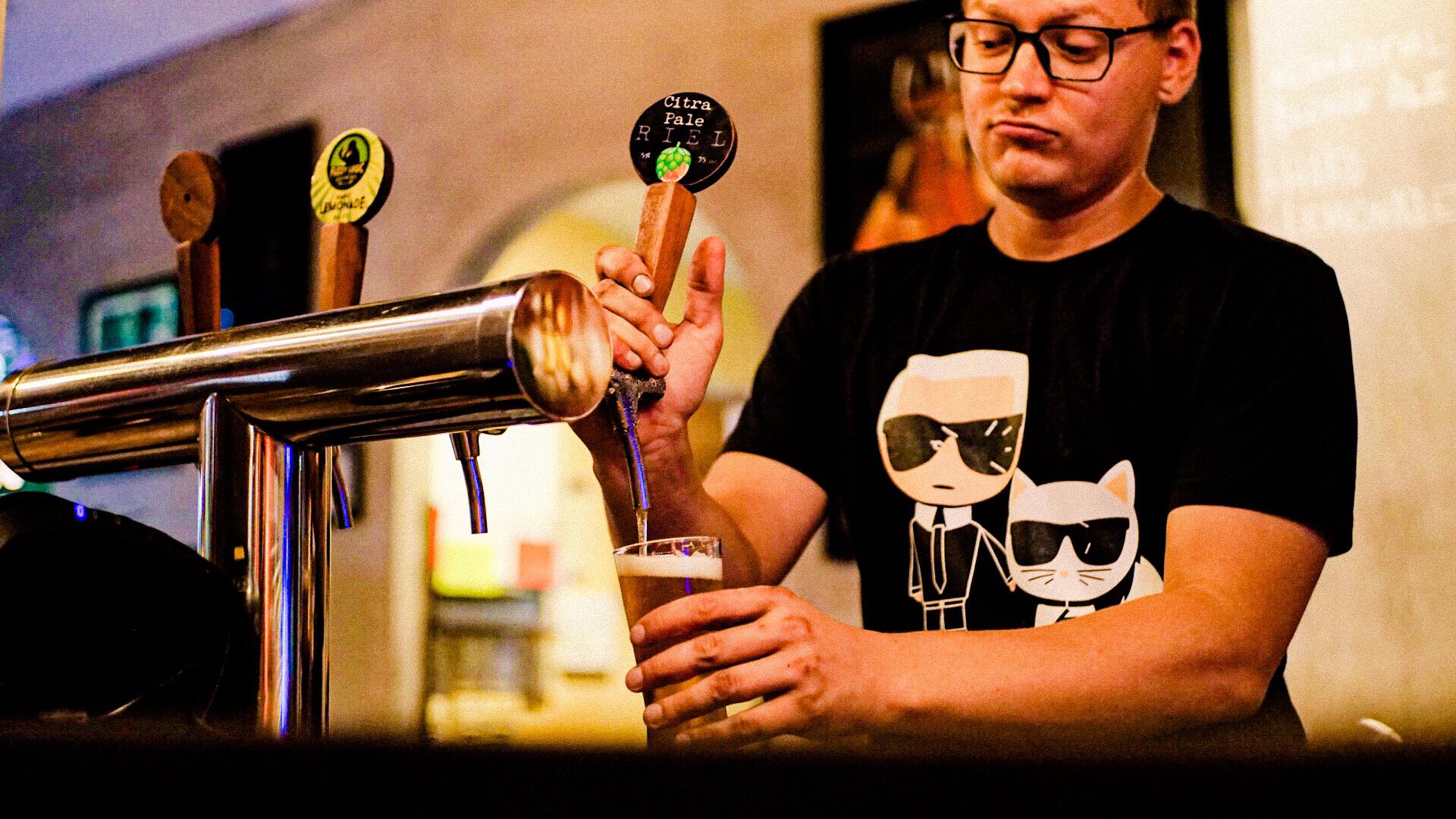 August has been another hard month for the Cambodian Craft Beer industry because of the alcohol ban that came into effect during mid-July. Still, there have been some interesting events during the past few months that I wanted to share with you. Riel is continuing their rebranding, there is a new coffee stout in creation and the craft beer scene in Kampot is getting better than ever.

Monkey Republic in Kampot gets 4 taps of craft beer

Kampot has been one of the most promising craft beer cities in Cambodia for the past few years. Considering how small the scene in Cambodia is in general who would have thought that a large part of the breweries would come from Kampot. Currently, there are 3 small craft beer breweries in Kampot – Projekt Brews, Flowers Nanobrewery, and Freak Brothers.

During the past years, you have been able to find a decent amount of Vietnamese and Cambodian craft beers in Kampot at places like Stumble Inn. Now you can also find craft beer on draught in Kampot at the newly renovated Monkey Republic. Currently, they have 4 different craft beers on tap and their main line-up consists of beers from Riel Brewing and Fuzzy Logic.

We had a quick chat with Slava from Monkey Republic who said it was an idea that was long in the making. He said that initially some of his regulars were concerned about them removing the big macro lagers but eventually many customers decided to try craft beers and have now converted. He is also not shy about his own fears regarding if Kampot is ready for more expensive beers or not. So far it has proven to be a success with customers having a greater selection of beers while Monkey Republic also have been able to distinguish themselves from their competitors. He also says that customers are now coming in and ask what new beers they have available and when the next new beer is coming in.

Earlier this year Riel Brewing opened their new taproom Noisy Chili. Apart from the new cool designs for their taproom, they have also been working on new designs for their labels. It will feature different artists in Cambodia and you can get a sneak peek of one of the designs below.

Also, don’t forget to have a look at the interview with Andy and Tyler from Riel that was hosted by Asia Brewers Network. There they talked about the challenges of operating a craft beer brewery in Cambodia but also their history and what they believe the future will hold. It was a 50-minute interview filled with interesting topics.

Earlier this year a new coffee shop called Crooked Brew opened its doors. The name brew in the name is about brewing coffee, not beer, but they have still teamed up with Riel Brewing to introduce a new Coffee Stout to the Cambodian market. The Coffee Stout is brewed with a special blend from Rumble Fish Coffee in Kampot. It will be a limited edition beer only available at Embargo and Crooked Brew.

Projekt Brews is a new brewery from Kampot. Initially, their beers were only available at Stumble Inn but now we are also starting to see small batches seeping into Phnom Penh. We had a chat with the owners and they were happily telling us about their plans of expanding their brewery. With the expansion, they will also be able to provide more venues in Cambodia with their delicious craft beers which include the White Lies Session IPA and Mosaic Skies Pale Ale. In Phnom Penh, their beers can for now only be found at Embargo.

For more information about craft beer in Phnom Penh check out our blog.