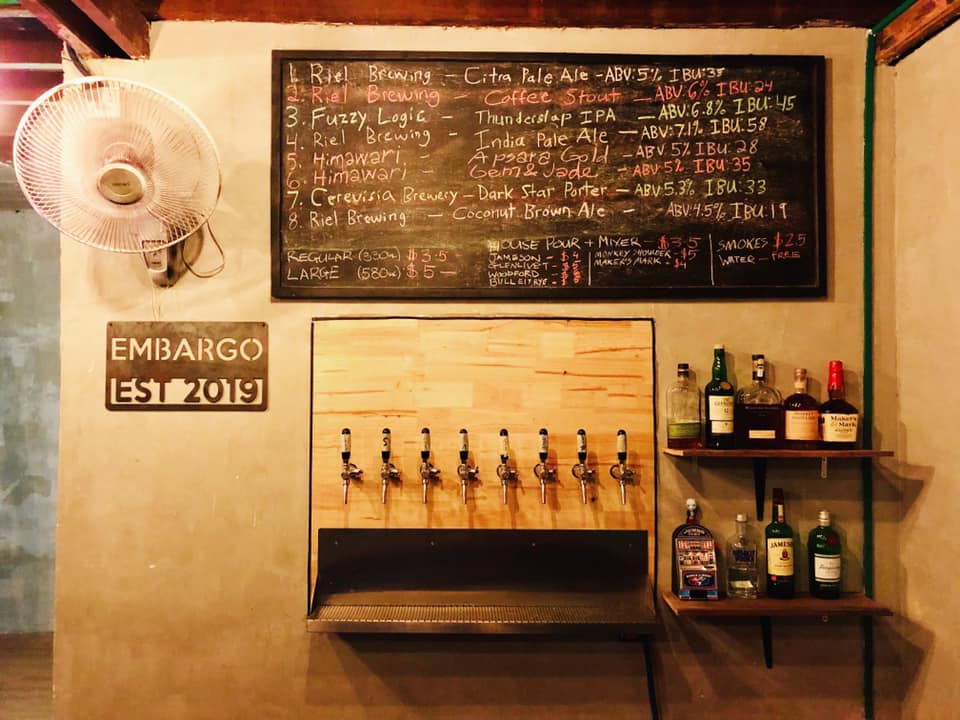 You have now come to the first ever blog post of Embargo Craft Beer Bar, located in Phnom Penh, Cambodia. We’re a relatively new establishment that opened our doors in May 2019 with the intention of helping to grow the craft beer scene in Cambodia.

At the moment of writing we have been open for almost 2 months and not only have we gotten praise from craft beer enthusiasts for bringing them good beer, we have also managed to convert a bunch of people to the world of craft beer. Currently, we offer 8 taps of mainly Cambodian craft beer like Riel Brewing, Himawari Microbrewing and Cerevisia Craft Brewery, but also foreign craft beers like Fuzzy Logic from Vietnam. We also have a beer fridge with over 30 different beers. The fridge includes beers from Pasteur Street, Heart of Darkness, Brewlander among others. Our upstairs has been popular partly because of our retro gaming console with over 2000 classic games.

We really hope to be a part of the We don’t believe a Cambodian craft beer revolution, we’re almost entirely sure it will, and we want to part of it and getting people in Phnom Penh the craft beer they deserve. Stay tuned in this blog about craft beer news, promotions, and other things that are going on in the Cambodian craft beer scene.