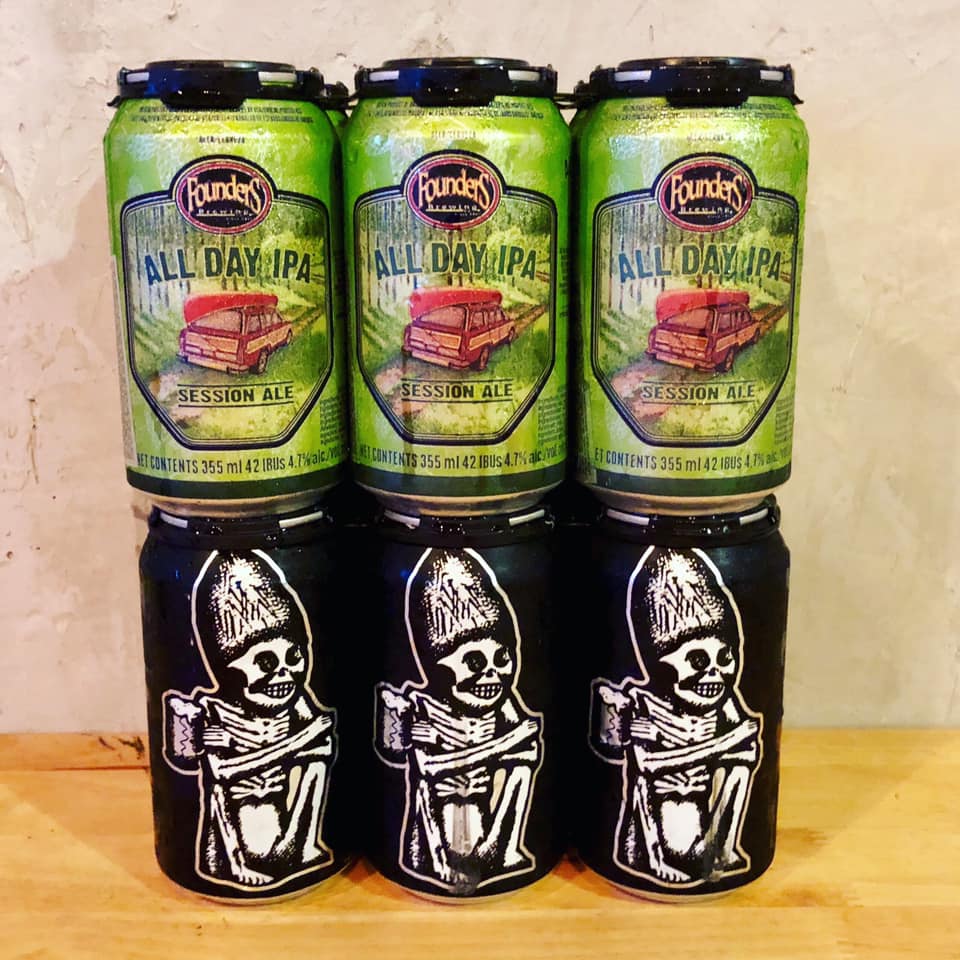 The US is undoubtedly the greatest craft beer nation in the world at the moment. At Embargo we now have our second batch of some of the best American Craft Beers. No other place in Phnom Penh features a selection like this and we’ve managed to get beers from Anderson Valley, Rogue, Melvin, and more. It’s very exciting to finally be able to get beers like these in Cambodia and we’re sure it’s only the start. Let’s take a closer look at what we’re currently offering.

Unsurprisingly Anderson Valley is a California-based brewery which has gotten its name from the valley located in the same state. This brewery was founded 1987 and was at that time one of less than two dozen craft breweries in the USA. You can recognise their beers by the bear with horns which has become somewhat of their mascot.

Brut IPA is a quite new style of beer but the style has gotten increasingly popular during 2019. If you’re familiar with sparkling wine and Champagne you might be aware that Brut means unsweetened/extra dry and that is also what this IPA is. That, together with Simcoe, Amarillo, and Chinook hops, makes this beer very interesting and unique.

A Gose is a sour beer style brewed with lactobacillus, salt and coriander. It might sound like an odd combination but the result is incredibly refreshing. The Framboise Gose from Anderson Valley also adds Raspberry and makes it a perfect beer for the Cambodian heat.

Rogue Ales is a popular brewery from Ashland, Oregon that does not only brew their own beer, they also grow much of the ingredients they use for their beers. The brewery is founded in 1988 and is famous for their Dead Guy Ale and also for their proprietary yeast that goes by the name Pacman.

Dead Guy Ale is a Maibock (Helles bock) type of beer known for its memorable can with a sitting skeleton, hence the name Dead Guy. While the traditional Maibocks are categorized as strong lagers, the Dead Guy Ale is brewed with an Ale yeast, namely Rogue’s own Pacman yeast.

The Hazelnut Brown Nectar is a brown ale with a twist. The hazelnut is very strong and it’s quite a heavy beer that tastes more like a porter or a stout than what it tastes like a brown ale. Has won several awards in the Great American Beer Festival (GABF).

The BatSquatch is a cryptid animal said to look something like a hybrid between a yeti and a gargoyle. Mount St. Helens is partly in the state of Oregon where Rogue is from so this beer is a homage to their region. It’s a juicy and cloudy IPA with intense tropical flavours. If you like tropical flavours with not so much bitterness then this is the beer for you.

Melvin is the newest brewery on this list having been founded as late as the year 2000. This American craft beer brewery was founded at the back of a Thai restaurant in Jackson, Wyoming. Their business strategy is based upon the quote “if your beer is not madness, it’s not beer”.

The Hubert MPA is the best-rated American craft beer on Untappd, on this list. The MPA stands for a “Melvin Pale Ale” in an attempt to personify Hubert the beer. It’s a light and crisp IPA with just enough bitterness. Piney with hints of tropical fruits.

We’re ending our list of American craft beers with Killer Bees from Melvin Brewing. If you’re looking for a lighter beer then Melvin’s Killer Bees is a perfect choice. Killer Bees is a Golden Ale with plenty of added clover honey, hence the funny name. A very easy-drinking and smooth beer with subtle honey notes.

Founders opened their doors in 1997 so it’s a lot newer brewery than Anderson Valley and Rogue that we previously talked about. Nevertheless, they have over 20 years of experience brewing and its one of the largest craft breweries in the US. Considered by Ratebeer.com the 3rd best brewery in the world.

The second raspberry beer on this list. Rübæus is sweet, tart, and refreshing and packs a bit more of a punch than the Framboise Gose. It also pours a lovely berry-red colour.

The All Day IPA is a modern classic in the beer world. It’s a sessionable IPA that showcases perfect balance between malts and hops. A beer that can be enjoyed throughout the day.

We’re working really hard to be able to get the best craft beer to our customers. We’re also very excited to finally be able to bring some world-class craft beer to Phnom Penh and Cambodia. This is surely only the beginning but we hope that you’re enjoying these beers while we’re working on getting you even more exotic stuff.